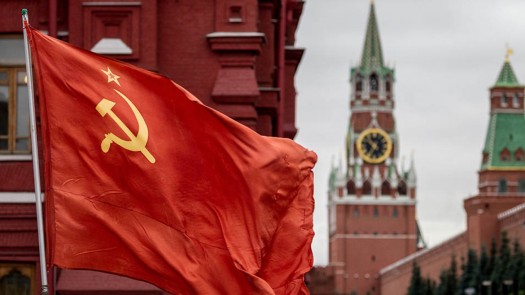 Present conditions in the Northwestern TVD (NWTVD) were far from ideal. Every man seated at the conference table was aware of troubles and issues in the north but not the extent of them. This included General Secretary Romanov. Marshal Akhromeyev understood this was his time to speak the unfettered truth. Failure to do so would inevitably bring his career to an end with his reputation in tatters, and perhaps an extended vacation counting trees in Siberia given that this was wartime. He spoke carefully and without the benefit of a filter, laying out the northern theater in detail.

Finland was an abject disaster. What was anticipated to be a lightning fast thrust by motor rifle troops across Lapland to open a new approach into Norway turned into a quagmire of sorts. The Finns had not stood aside and grudgingly permitted Soviet passage as NWTVD had expected. They were fighting hard and this caused the commitment of additional Soviet air and naval forces in the Baltic region. This had an effect on planned amphibious and airborne operations against Denmark, pushing them back because the forces needed were now committed elsewhere. Meanwhile, NATO forces were pouring into Denmark unhindered.

Then there was Sweden. The fact that the Swedes were now fully involved in the war did not bode well for Soviet fortunes in the north. More Soviet forces were needed to deal with the Swedes now, weakening the overall operational tempo for the entire theater. There was no choice now but to continue fighting and prepare new plans to recapture momentum in Scandinavia and the Baltics.

Norway was an unmitigated mess. Air superiority was in danger of being lost permanently in Northern Norway. Andoya would be recaptured by US Marines soon, and Banak was likely unable to be retaken by Soviet airmobile forces. In the Norwegian Sea, US aircraft carriers were prowling and the first attack on Soviet soil, albeit a small one, had been made. From this point on it would only get worse. Naval Aviation and Long Range Aviation bombers had yet to make a successful attack on the enemy carrier force. The Red Banner Northern Fleet was being chased out of the Norwegian Sea, forced to adopt a defensive strategy to keep….or more correctly attempt to keep….the US carriers out of the Barents Sea.

As if all of this news were not bad enough, the SSBN dilemma was causing problems. Romanov had been pre-occupied and never made a final decision on whether to surge the ballistic missile submarines in the north, keep them in port, or attempt to reach a compromise. He voiced his desire to move forward with the compromise option but the KGB Chairman informed him it was no longer possible due to mismanagement of the situation by NWTVD’s commander, who restricted the commander of the Northern Fleet from surging a number of submarines. Only two SSBNs had left port, not the eight or nine expected.

The choices left to Romanov now were to either surge all of the SSBNs or keep them in port for the duration. Both options came with dangers attached. A surge would put the missile subs into a bastion defense that would be targeted by the NATO force in the Norwegian Sea. Leaving them in port would leave them exposed to  bombs and missiles from US aircraft  when they came to attack targets in the Kola in force. Akhromeyev blamed NWTVD’s commander entirely and informed Romanov that he had no confidence in the man’s leadership, or strategic acumen.

Romanov’s response was immediate. “Fire him,” he ordered. “Replace the commander and as many of his inept subordinates as you can. Who do you have in mind to take over?” he asked Akhromeyev.

“Good.” Romanov nodded approvingly. He knew of the man, and his reputation. “Get him up north as quickly as you can. He has a free hand to do whatever is necessary but I expect the missile submarines to start leaving port for the open sea within twenty-four hours.”