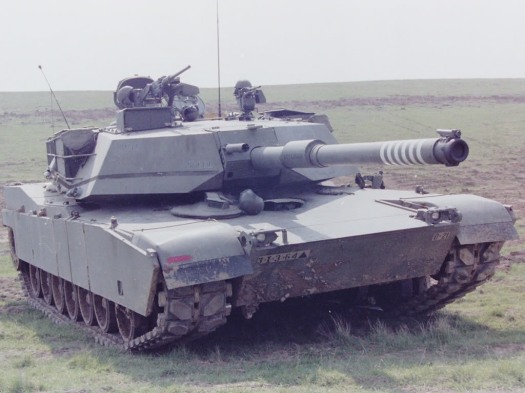 Offensive-itis was becoming endemic in the command ranks of NATO’s Central Army Group in the first half of D+4. The precipitous urge to put CENTAG on the offensive was infecting a large number of brigade, and division commanders, and corps staff officers around CENTAG. As the morning went on, their voices grew louder, and the situation on the battlefield continued to play out in a manner that made their points all the more valid. The writing was on the wall, in their eyes. 8th Guards Army was largely fought out. All indications through 0400 local on D+4 were that 1st Guards Tank Army was being pulled away from their role as the follow-up army to 8th GA and being shifted to the north.

The move would eventually cause issues for NORTHAG, however, it also had the potential to open up immeasurable opportunities for CENTAG. Intelligence indicated that with 1st GTA shifting north, there would be no major WP formations moving up to relieve or reinforce 8th GA for at least two days. A rapid, powerful NATO corps-sized thrust into the GDR from north of Fulda held all sorts of possibilities.

CENTAG’s commander, General Glenn Otis, US Army had spent an inordinate amount of time keeping his more aggressive commanders focused on defense over the past thirty-six hours. The tempo of enemy operations in the CENTAG region was steadily diminishing. The main attack by the 8th GA had been defeated. Otis was heartened to see his subordinates thinking aggressively. At the proper time and place, he would unleash his powerful armor-heavy formations, just not now.

Not every brigade, division, or corps commander in CENTAG was suffering from Offensive-itis either. The fact that some were resisting calls for offensive operations aided Otis in keeping the others in check. III West German Corps was still, in large part, against it. Even in V and VII Corps, some senior officers were rejecting the notion of an offensive in the near future. The commander of the 8th Infantry Division, Major General Cal Waller, was the most vociferous critic. The 8th had absorbed the brunt of the enemy advance and attack on D+2, and, although it was in fairly good shape yet, Waller was not prepared to risk his men as the spearhead of an offensive that might end up doing more harm than good.

From the morning into the early afternoon, a series of clashes took place along the stretches of line held by US V and VII Corps. In spite of the heavy losses suffered already, 8th GA units continued to probe CENTAG aggressively. 1st Armored Division’s commander, Major General Edwin Leland Jr, US Army, responded to the probes against his division by launching a local counterattack with two battalions of his 1st Brigade, supported by the division’s attack helicopters, and 4th ATAF assets. The counterattack routed the reconnaissance, and tank battalions of the 79th Guards Tank Division and actually crossed the border into East Germany and advanced 5 kilometers before Otis became aware and ordered Leland to halt his forces in place. They were pulled back after nightfall, but for a brief period, US Army forces had secured a tiny toehold on East German soil.

News of the Warsaw Pact movements opposite NORTHAG arrived at CENTAG headquarters late in the afternoon and laid rest to any further discussion about an offensive. The Russians were preparing to launch a major attack to the north. This news was followed shortly by reports from Brussels confirming that 1st GTA appeared to be shifting its movement and would likely be reinforcing 8th GA, as per the pre-war Soviet operational doctrine SACEUR conferred with Otis, explaining the situation in detail. He ordered the CENTAG commander to forget about NORTHAG and what looked to begin there soon, and start thinking hard about defeating 1st GTA when it made its belated appearance.

When word filtered through the grapevine, all thoughts about anything offensive evaporated from the minds of unit commanders from Kassel to Bamberg.